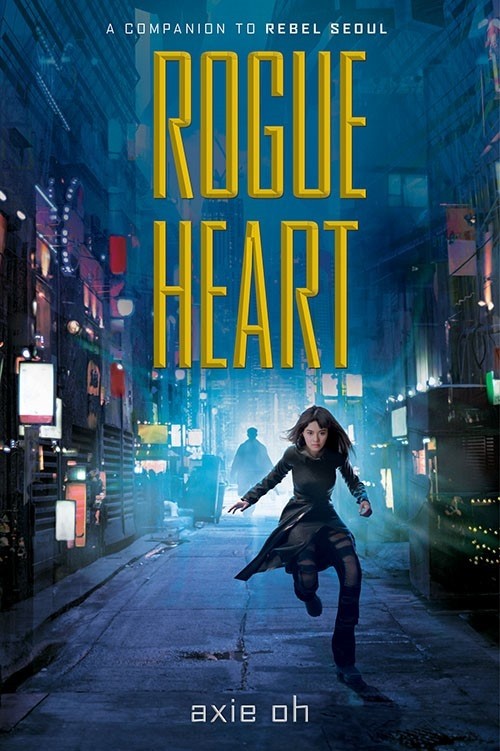 NEO BEIJING, 2201. Two years after the Battle of Neo Seoul, eighteen-year-old telepath Ama works by day in a cafe and moonlights as a lounge singer in a smoky bar at night. She’s anonymous, she’s safe from the seemingly never-ending war, and that’s how she’d like to stay. But then PHNX, a resistance group specializing in espionage and covert missions, approaches her with an offer to expose a government experiment exactly like the one she fled. Soon, Ama is traveling with PHNX on a series of dangerous assignments, using her telepathic powers to aid the rebellion against the authoritarian Alliance.

As the war ramps up, PHNX is given its most dangerous mission yet: to infiltrate the base of the Alliance’s new war commander, a young man rumored to have no fear of death. But when Ama sees the commander for the first time, she discovers his identity: Alex Kim, the boy she once loved and who betrayed her.

Now, Ama must use her telepathic abilities to pose as an officer in Alex’s elite guard, manipulating Alex’s mind so that he doesn’t recognize her. As the final battle approaches, Ama struggles with her mission and her feelings for Alex. Will she be able to carry out her task? Or will she give up everything for Alex again—only to be betrayed once more?

Available now from your favorite retailer:

What inspired you to write ROGUE HEART? While I was writing REBEL SEOUL, I always dreamed of what was ‘next’ for two of the main side characters whose plot line was left open-ended: Ama and Alex. That dream + Final Fantasy VIII + cyberpunk aesthetics mainly inspired this book!

What were the steps you took to get ROGUE HEART published? After REBEL SEOUL’s release, my publisher, Tu Books, asked me to pitch them a book in the REBEL SEOUL world, but not a direct sequel. I wrote a detailed proposal which included a pitch, a synopsis, and information about characters & settings. The proposal was accepted and I got the green light to write a second book:

Is ROGUE HEART based off any real world people or places? While REBEL SEOUL mainly took place in one city, ROGUE HEART is a journey novel. Ama travels to several different locations in the book, some of which have real world equivalents, some of which are entirely fictional. The people are fictional too, though I might have borrowed names of people I know 😂

Do you have a playlist for Rogue Heart: You bet I do! Hint: Each song was picked for a reason *wiggles eyebrows*

Do you have an inspiration board?